Two years ago this month, Congress passed and the President signed the Tax Cuts and Jobs Act (TCJA). The bill showered huge tax breaks on corporations and wealthy individuals, while doing little for most working families. 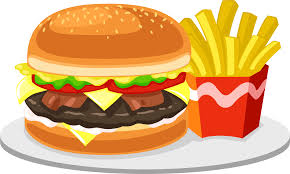 The bottom fifth of Iowa taxpayers gained on average about enough for a hamburger and fries once a month.

The Tax Cuts and Jobs Act of 2017 has been a major step backward, aggravating inequality rather than alleviating it. The law provides billions in tax cuts, heavily skewed to the richest Americans.

Whether the focus is on all Iowans, or just retirees, or small business owners, or farmers, or working families, the picture remains the same: The wealthiest get most of the benefits, while the lower-income half of the population is left with little.

Even the provision in the bill aimed at providing a boost to low-income neighborhoods will probably do little to help the poor while providing yet another way for those at the top to avoid taxes.

On this two-year anniversary of the bill, there is not much to celebrate for the majority of Iowans.

Do YOU want to send a message to Senator Ernst and other Members of Congress?

Go to: How’s That Tax Law Working for You!

Just fill out the form – we’ll do the rest!